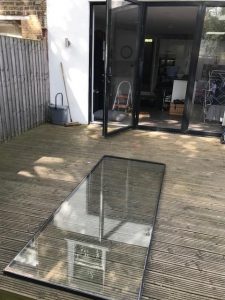 These Fenster Bi-folding doors in Lewisham Honour Oak needed the opening mechanism to be replaced as it was broken internally. The problem with this was that the only way to remove the lock was by first removing the two large glass panes either side of the broken locking mechanism. Because the locking mechanism was in the locked position it meant that the bolts were protruding from above and below. In order to open the door these bolts would need to be wedged out which meant that not only will the doors be too heavy to do that because the glass but also the glass could shatter from the stress of the bolts being wedged out of the locking positions. So only after the large glass panes were removed could we then wedge the door open and then remove the locking mechanism to replace it.

Our experts and I happy are to talk to you over the phone and answer any questions that you may have regarding repairs and problems with bi-folding doors. 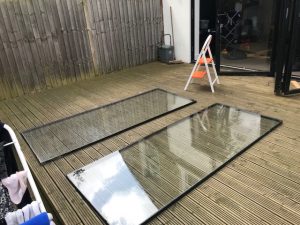